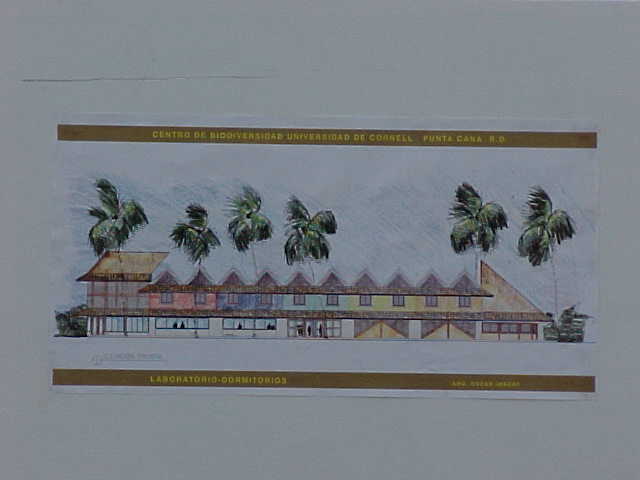 The Cornell University Biodiversity Laboratory at Punta Cana is based out of the Punta Cana Beach Resort located in the easternmost region of the Dominican Republic. This research initiative is a collaboration between Cornell University, and the Grupo Punta Cana, and the Ecological Foundation of the Punta Cana Beach Resort. An agreement between Cornell University and Grupo Punta Cana will provide the construction of a center (see artists rendering, above) for biodiversity research in the Dominican Republic which will include laboratories, gardens, conference and teaching facilities and housing for researchers and students.  This partnership between a university and a private ecological reserve is not only a unique one, but promises to be a successful collaboration for conservation and sustainable development in this diverse area of the world. 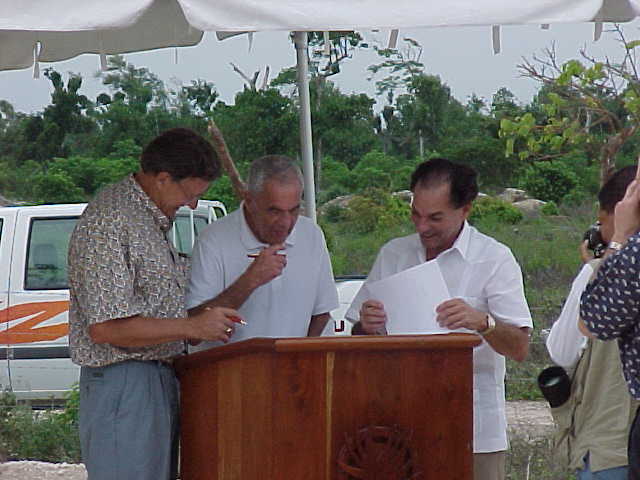 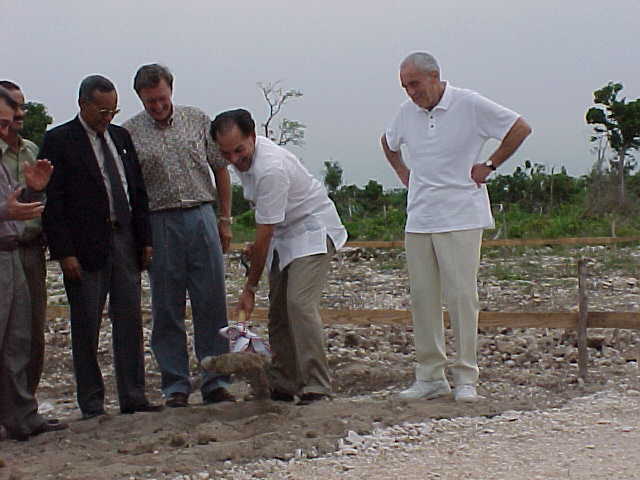 Biodiversity of the Dominican Republic

The Dominican Republic comprises the largest portion of the island of Hispaniola, so named (as Española, or "little Spain") on its discovery by the Spanish expedition led by Christopher Columbus. Centrally located with the Caribbean, and representing the second largest area of the islands in the Greater Antilles, the island of Hispaniola is characterized by a rich diversity of plants, animals and other organisms. This rich biodiversity is primarily related to the extensive influx of species from South, Central and North America, and oceanic streams of the Atlantic Ocean, as well as the equally diverse range of habitats, including both the highest and lowest elevations in the Caribbean.

The flora of Hispaniola includes about 5,000 species of seed plants, and 600 species of ferns, identified so far. These include about 1,100 species of monocots, comprised predominately of grasses and sedges, along with a high diversity of orchids, and about 3,900 species of dicots. In addition, there are 7 identified species of gymnosperm, including one endemic species of pine. Aside from its diversity, long-terms studies show the rate of endemism for the Hispaniola flora to be approximately 36% (the second highest in the Caribbean, and the highest when considering relative area).

The fauna of Hispaniola is equally diverse. This especially true for "migratory groups" which are able to colonize islands easily, including 134 species of reptiles and 226 species of birds. Mammals, however, are perhaps less well represented with only about 20 species, most of which (about 17 species) are bats. Insect fauna remains to be well surveyed. Though coral reefs of the Dominican Republic have been extensively damaged, there also remains considerable diversity of marine fish, mammals and invertebrates within and outside of the island's reef system.

Along with rich biological diversity, the Dominican Republic, as a product of rich and unique human history, is also characterized by an equally rich and unique cultural diversity. This heritage includes cultural elements from Taino tradition, derived from the earliest settlers of the island, as well as from historically Spanish and African influences in the Dominican Republic. Dominican culture is, moreover, of particular interest because of the importance of agriculture, herbal or traditional medicine and other forms of human interaction with the biodiversity of the island.

The primary goal of the Cornell University Biodiversity (CUB) Laboratory at Punta Cana is to support long-term research related to the rich, biological diversity of Hispaniola, as well as the Caribbean more broadly. Fundamentally a research-based program, the goal of the CUB lab initiative is four-fold.

The first objective of the CUB research at Punta Cana is to provide a comprehensive investigation of the the flora and fauna of the region. This will be done, in part, through systematic collection and documentation of the diversity of plant, animal, fungal and microbial species. In addition, however, to surveying the species diversity of the region, research projects in the fields of ecology, taxonomy, animal-plant interaction, ethnobiology and biochemistry will contribute to our deeper understanding of this rich biocomplexity.

The second objective of the CUB research program is to provide research-based training and education for U. S. and Dominican students. This is exemplified by the recent CUB Undergraduate Research Program in the Summer of 1999. Hands-on participation in research provides an unequalled experience for students in the biomedical sciences. Student participants in CUBURP learn by contributing to collective research efforts, and surveys of biodiversity through collection and documentation, as well as through development independent research projects.

The third objective is to provide consultation for equally sustainable development (e. g. tourism, agriculture, etc.) and conservation. Continued monitoring of flora and fauna, as well as other natural resources, will generate important insight, and allow investigators to make recommendations, as to the best ways to reconcile development and environmental protection in the region through improved planning and practices, as well as novel programs to promote ecotourism and conservation.

The final objective is to explore potential value-added derivatives of biodiversity. This includes tangible returns in the form of, for example, the discovery of novel compounds as biomedicines, cosmetics and agricultural products, as well as generation of germplasm repositories for preservation of genetic diversity with possible economic value, such as improved crops, novel genes, etc.. This objective also, however, includes less tangible by-products of biodiversity research including ecotourism, and enhanced natural beauty and resources (e. g. forested areas, reefs, etc.) which support tourism.

Research of the CUB Laboratory at Punta Cana follows roughly along three areas of study.

The first of these involves systematic cataloguing of the flora and fauna of the region. Evaluation of species richness primarily includes: (1) plants, (2) fungi, (3) insects and other arthropods, (4) reptiles and amphibians, (5) birds, and (5) marine organisms. Voucher specimens of plants are collected, and deposited in the herbaria of the CUB Laboratory at Punta Cana, as well as the L. H. Bailey Hortorium at Cornell University, and the Jardin Botanico de Moscosoa in Santo Domingo. Likewise, insects and other arthropods are collected and preserved by various methods appropriate to the particular type. Birds, and reptiles and amphibians, are typically documented by field observation and photography, as well as by capture and release, rather than collection and preservation. For marine invertebrates, voucher collections are made, and preserved or dried as appropriate, whereas marine vertebrates (e. g. fish, turtles, etc.) are documented by systematic survey such as the "REEF system" (see http://www.reef.org) for fish surveying. In addition, all collections and observations are recorded in a computer database comprised of a set of relational files which allows cross-referenced retrieval of information regarding each species, including data on habitat, location, human uses, etc., as well as taxonomic information.

A second area of research involves investigation of ecological and evolutionary aspects of the rich diversity of plants, animals, fungi and microbes of Hispaniola. Ecological studies include numerous, interrelated areas such as behavior, chemical ecology, habitat utilization, species dispersal, interspecific interactions, etc.. As a natural extension of these ecological studies, related studies will continue to examine evolutionary aspects of the biodiversity of Hispaniola, including processes of speciation, biogeography, etc., and the related disciplines of phylogenetics and systematics. This will be addressed primarily through rigorous taxonomic studies of the plant, animal, fungal and microbial components of the regional flora and fauna. These interconnected investigations of ecological and evolutionary processes are of particular interest in the Caribbean given the unique opportunity available here to study such processes (e. g. dispersal of species, habitat utilization, etc.) in the context of an island system, and how it relates to biological diversity.

A third area of research focuses on the human component of biodiversity. As an intrinsic part of the biological diversity of any region, the human interface is manifested in Hispaniola in terms of the use of natural resources, as well as through the extensive agriculture in the region. Utilization of natural resources include use of medicinal plants, building materials, food, ornamentals and so on.